Prologue
Homebaked CLT started life in 2010 as a project in the old Mitchell's bakery in the shadow of Anfield's Kop. Our building, like much of the local area here, had been designated to be demolished under the Housing Market Renewal Initiative (HMRI).

In 2002 our neighbourhood was identified as a 'market failure' and was designated a Housing Market Renewal area. This government-backed programme saw 1,800 residential and commercial properties demolished with 1,300 new homes intended to be built. 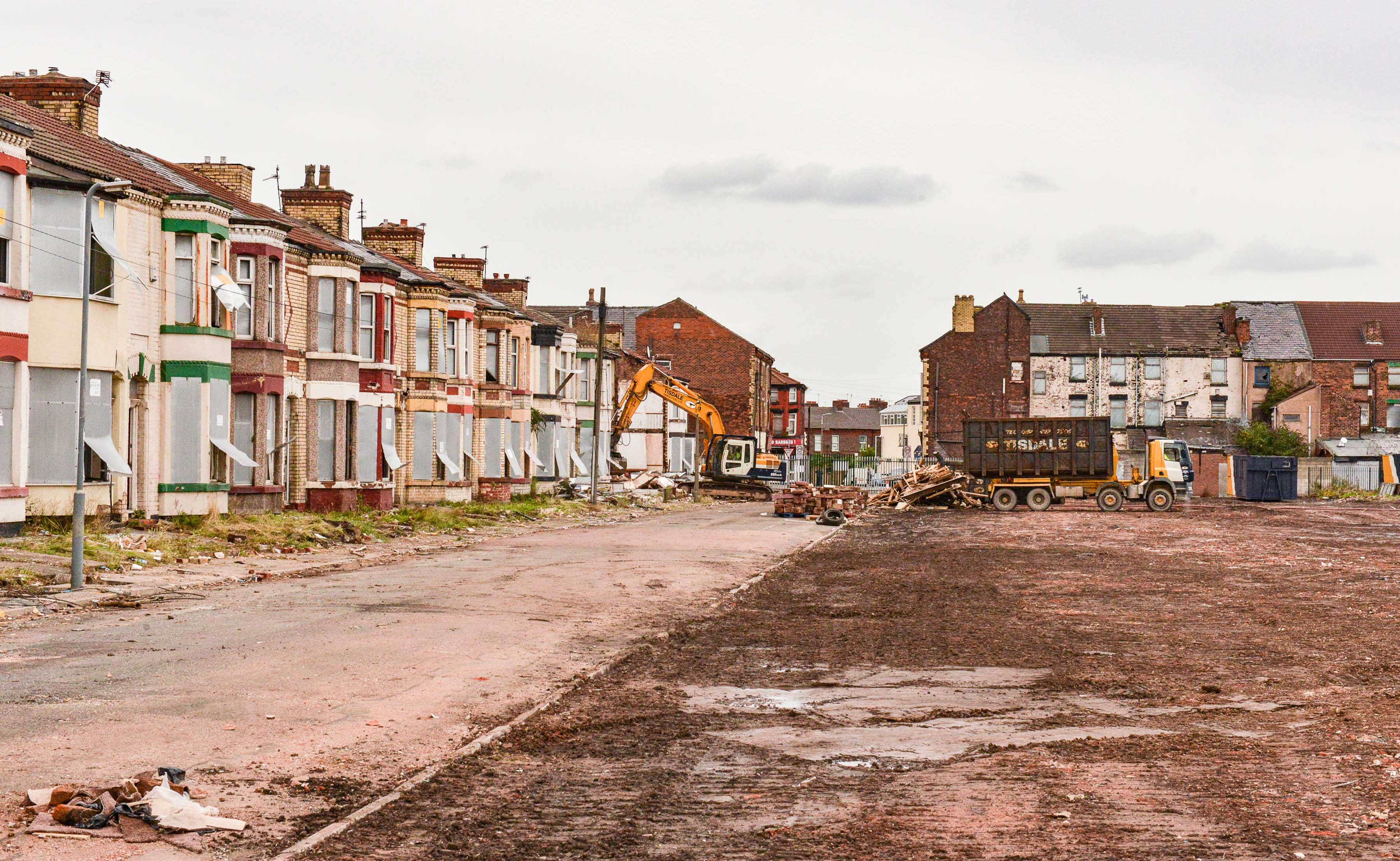 From the start, the HMRI was a polarising force, massively unpopular with some who felt that it was undermining a once-thriving community, but welcomed by others who wanted the possibilities that new houses and amenities offered. For home-owners, it was often the case that the compensation given to them by the city was insufficient to buy one of the new houses. When the HMRI programme slowed in 2008 and was pulled by the coalition government in 2010, the neighbourhood was left in a state of limbo, with streets boarded-up and new houses unfinished. The disappointment with the regeneration scheme, along with the wider recession and spending cuts, left a legacy of frustration. We felt we had no influence or no power to control the forces that were determining our lives and the future of our community.

The former Mitchell's Bakery was a local landmark, sitting at the end of a row of nine terraced houses (179-195 Oakfield Road). It was custom built as a neighbourhood bakery in 1903 and has since been in two families' ownerships. It is located in a prominent position, at 197-199 Oakfield Road, at the head of the high street and within sight of the LFC 'Kop'. 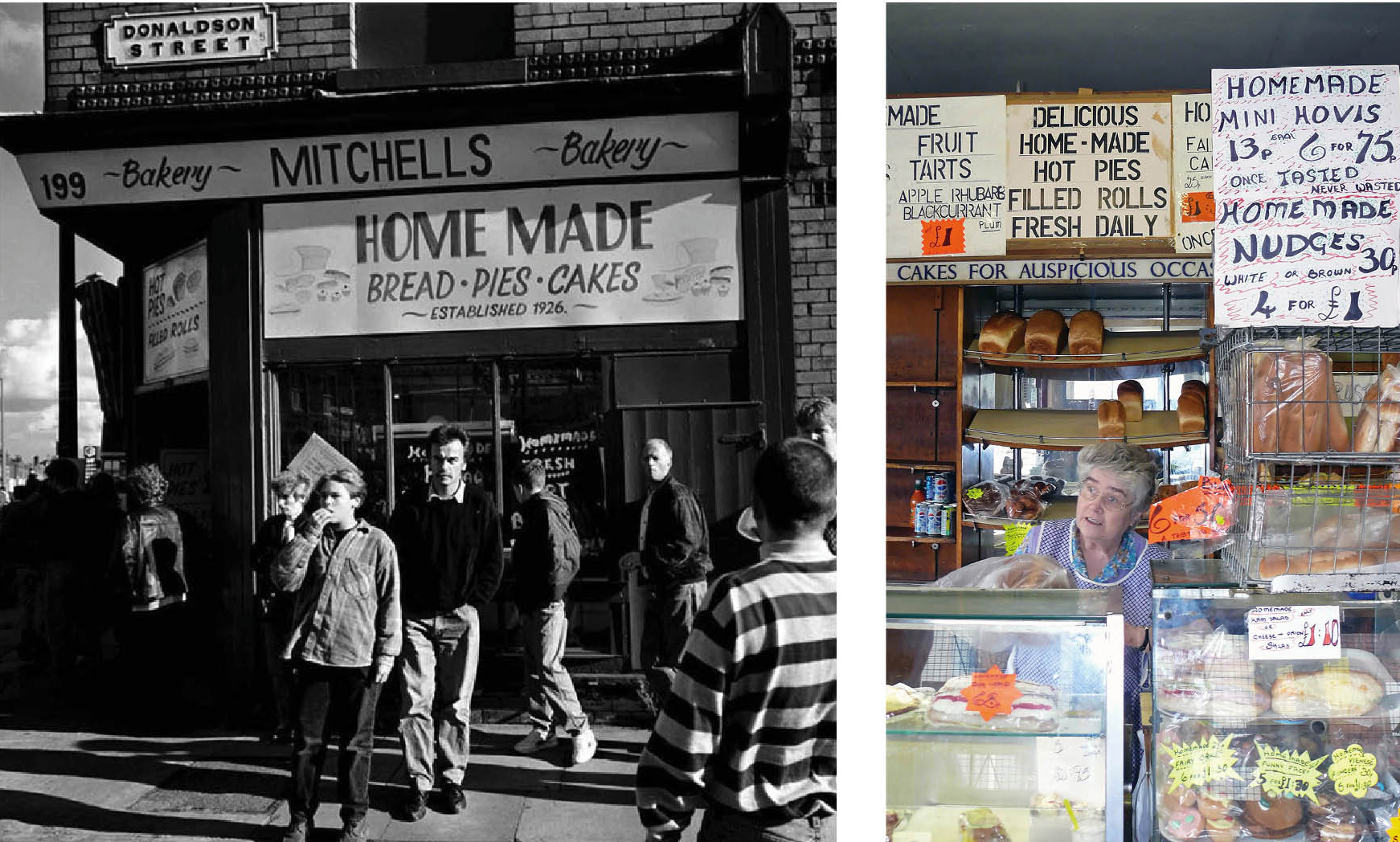 Many current and former residents have fond memories of buying bread, cakes and pies in the shop. To match day fans, it was always known simply as 'The Pie Shop'. The long-drawn-out demise of the high street left the bakery as one of the last businesses catering to local residents as well as match day visitors. For many years, the building was demarcated for demolition under the HMRI Pathfinder programme and in January 2011, having lost most of their customers, the Mitchell family closed the bakery.

Homebaked Community Land Trust
The initial project that Homebaked grew from, 2up2down, was supported by the Liverpool Biennial and initiated by artist Jeanne van Heeswijk; the project asked how the local community could take matters into their own hands regarding the development of their neighbourhood and a common future. Core to Jeanne's philosophy is that art can create 'fields of interaction' that build relationships and trigger debates that can assist people to shape their surroundings.

The arts initiative rented the bakery from the Mitchell family and made it their base - and the bakery became the site for public discussion and planning sessions where people started to think and talk about what our area could be. People also began popping by to ask if they could buy bread - and this sparked the desire to start up a community-led bakery business. Just as the closure of the bakery reflected Anfield's decline, so did the prospect of re-opening it suggest the possibility of a future. 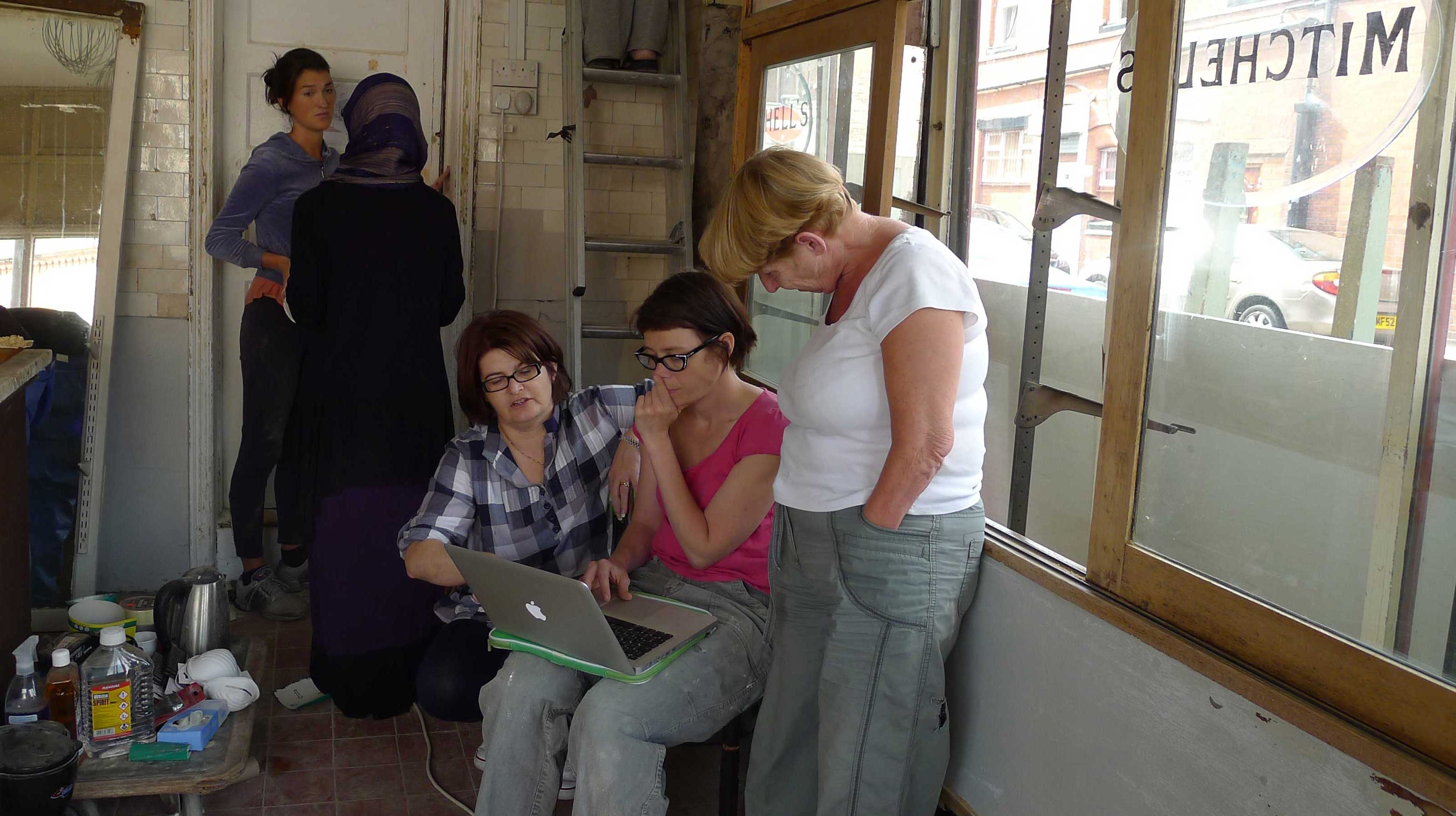 Slowly but surely, more local people became involved and together started to develop what has now become Homebaked - a community-led housing and enterprise scheme and a way of collectively enabling the development of our neighbourhood.

Homebaked originally established itself as two organisations: in April 2012 we formed a Community Land Trust to take on the responsibility for the development of the bakery building and future community assets, notably affordable housing, and in November 2013 the Community Land Trust took a 10 year lease of the bakery building from the Mitchell family.

In June 2012 Homebaked Bakery Co-operative was incorporated by a group of local residents inspired to reimagine and rebuild the community bakery as a successful co-operative business; it opened its doors to the public in 2013 in the middle of a demolition zone and has now grown to be a highly successful community business, offering local jobs, great food, a place for many different communities to meet and exchange - as well as a way to invest into the local economy for community benefit.

The positive action of the bakery opening, together with long negotiations by Homebaked CLT members and the social impact Homebaked Co-operative started to show, led to an agreement with Liverpool City Council that prevented the bakery's demolition. Homebaked CLT continued to rent the building from the Mitchells family until the council completed purchase of the freehold in April 2016, granting the CLT a lease and agreeing to transfer the asset for one pound on completion of the first floor refurbishment.

Located within a demolition zone, the conditions for investment into the community asset have proven difficult for many years - nonetheless, Homebaked CLT was able to refurbish the ground floor bakery and the flat above. 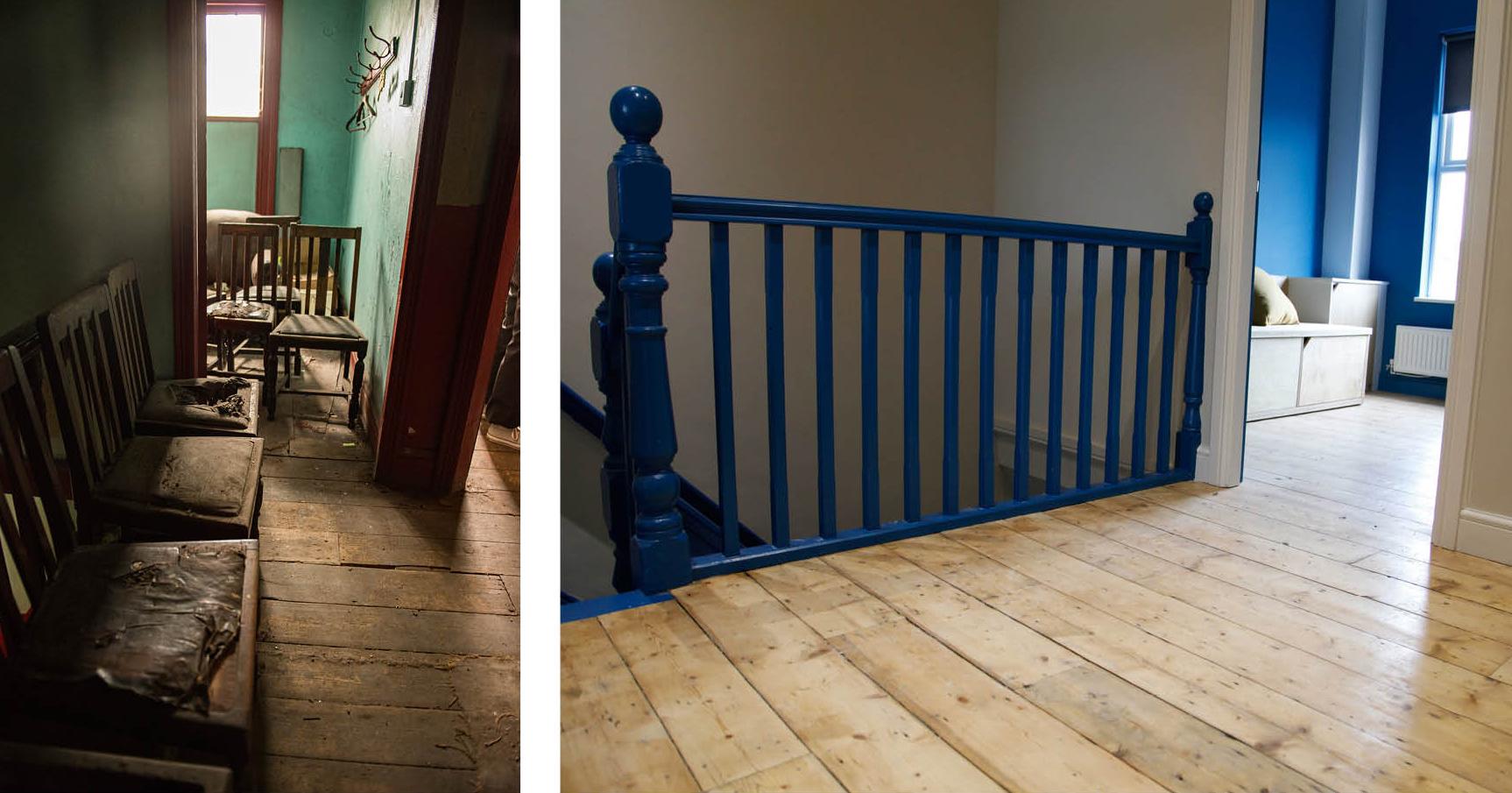 n parallel, the Land Trust has continued the process of community-led planning, design and business development, concentrating on the potential of the site adjacent to the bakery and the former recreation ground at its rear.

For a long time the demolition of the houses adjacent seemed inevitable but we were given the opportunity by LCC to pledge for the land with a community-owned new-build scheme. In 2015 we started a process of designing, planning and learning together which we called 'Build your own High Street': this work was led by a group of 20 local people who formed the Core Design Team and the scheme was included in the 2016 update of the Anfield master plan. 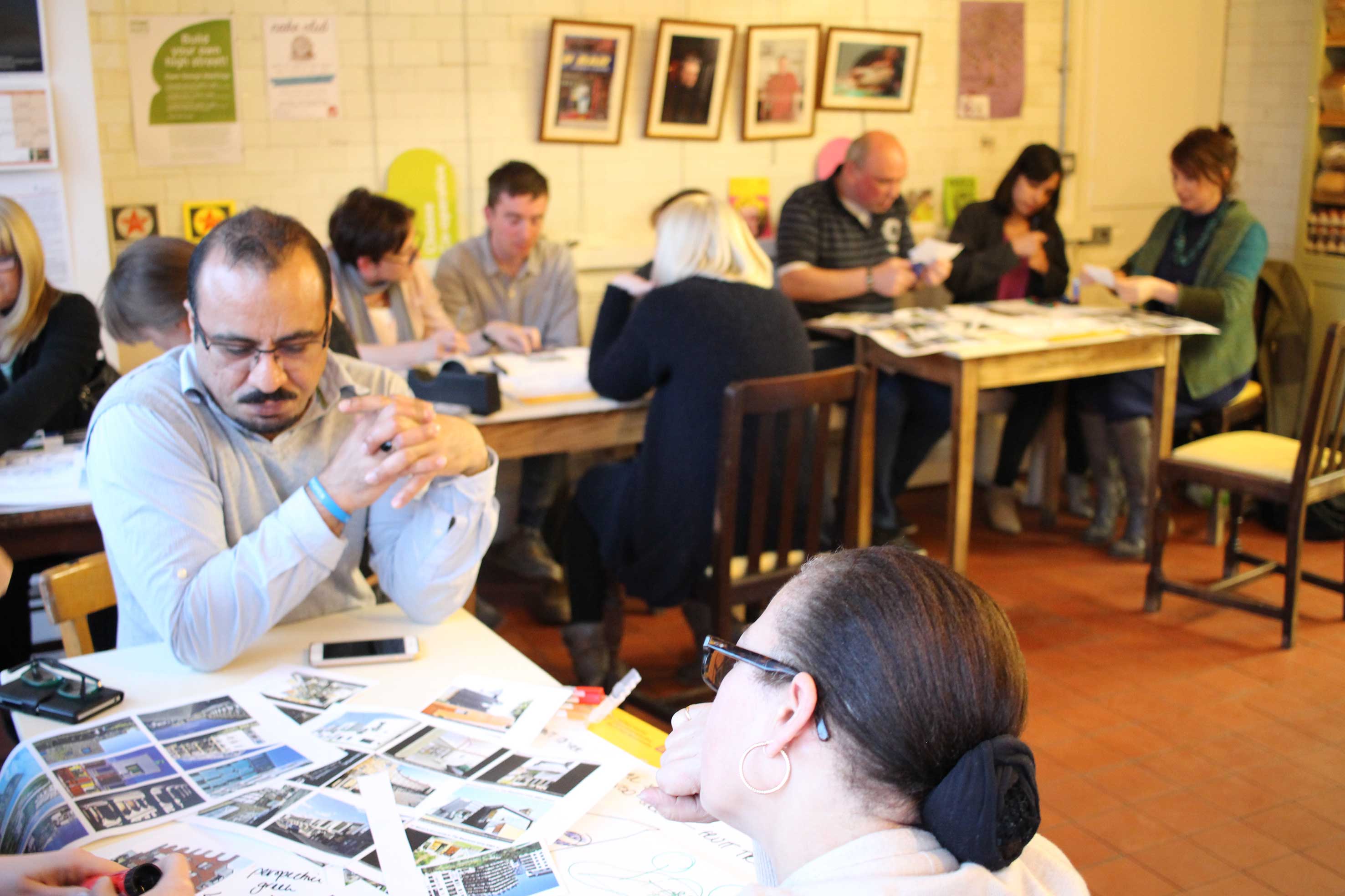 As part of this work, we have been running events and gardening courses on the former recreation ground behind and the public square next to the site, in order to reactivate and re-energise the spaces and people's imagination of what could be possible here in the future.

Out of this process grew the start-up for another community business, 'Homegrown Collective' - a female-led brewery and outdoor educational space, which is currently in its business development phase. 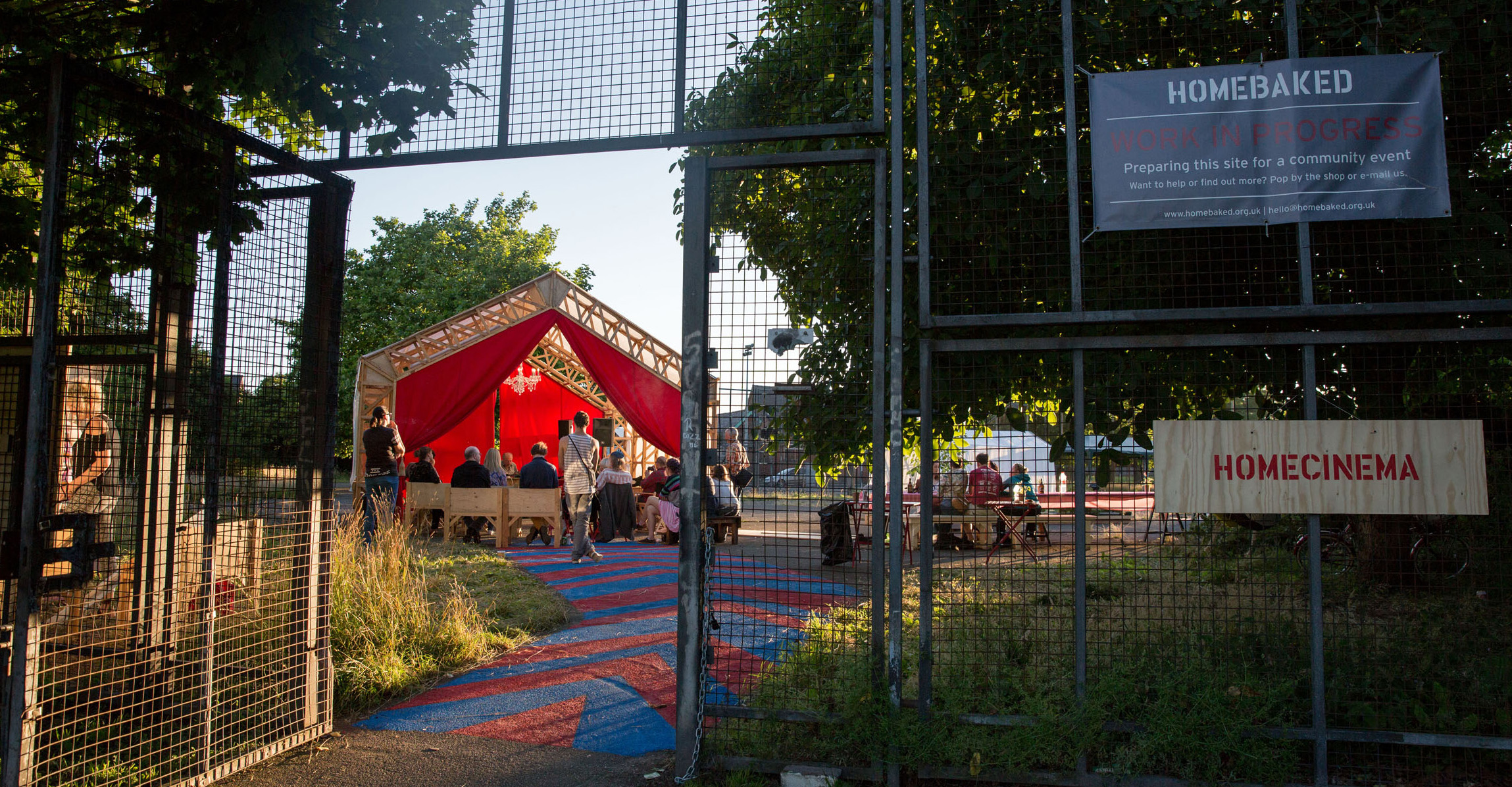 Throughout this period, the desire to retain and transform the actual terrace buildings continued to surface in conversations and community meetings, so as soon as Liverpool City Council's planning department signalled that retention of the block adjacent might be possible after all, we changed strategy and developed the proposal for 'Oakfield Terrace'. We are immensely proud of this environmentally sustainable mixed-use scheme, offering comfortable homes and well-designed commercial spaces at genuinely affordable rent.

Alongside our ongoing positive collaboration and relationship with Liverpool City Council, we have now partnered with our local housing association 'Your Housing' for the actual build and will buy it back on completion; this is also the moment when the freehold of the land will be passed into community ownership for us to hold and protect the land for future generations to come.
We would love you to join us as a member of the CLT and a co-owner of the land and assets we develop for community benefit.