Behind Oakfield Terrace is an old recreation ground, locally called 'The Rec'. At the time the terrace houses and bakery were built (finished in 1906), this land was owned by the Marquis of Salisbury - at the time a major landowner in the area. The Salisbury family sold the land to Liverpool Council, with contractual protection on its recreational use for the people of Anfield.

In 1935 Donaldson Street Wash (and bath) House opened at the edge of what had now become a recreation ground. Many people in the area have fond memories of The Rec, apparently for many years guarded by a 'cocky watchman' and the place for much play, leisure and gossip. In the 1960s the land was tarmacked and became a place for sports and continued to be a very popular hang-out for young people. Over the years The Rec fell into mis and disuse and for the people living close-by it became a safety issue - to the point that at some point during the Housing Market Renewal period, the council locked the fences permanently. 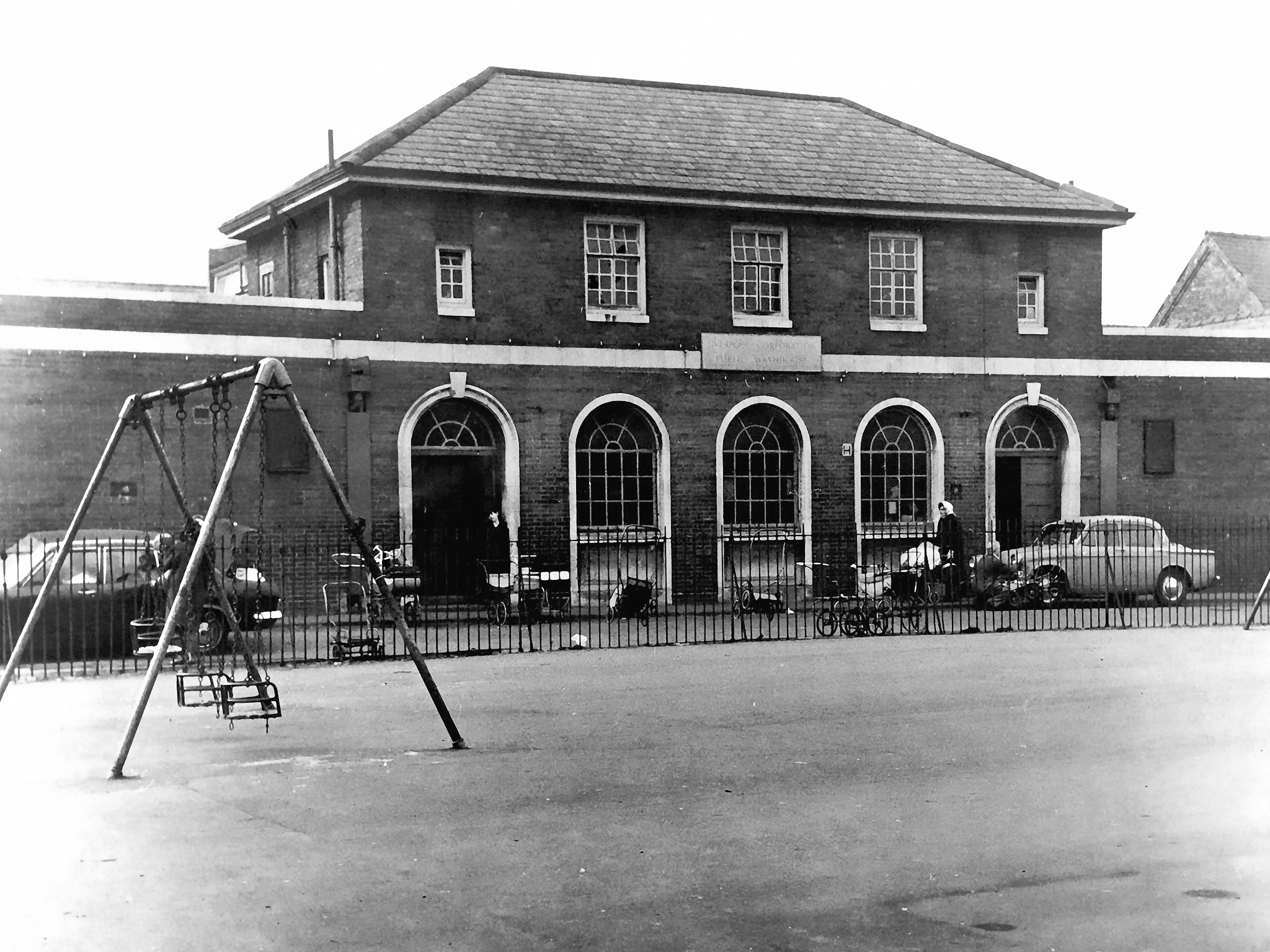 At Homebaked we had always been interested in exploring what this 'recreational use for the people of Anfield' could mean and become today - so with a lot of curiosity and thanks to the support of the Arts Council England, we embarked on a process of testing and piloting that use creatively. Lead artist on the project was Britt Jurgensen, and creative micro-commissions to explore types of use went to Sam Jones (Growing and Green Space), Patricia Levey-Bennett (Markets) and Elaine Cresswell (Play). 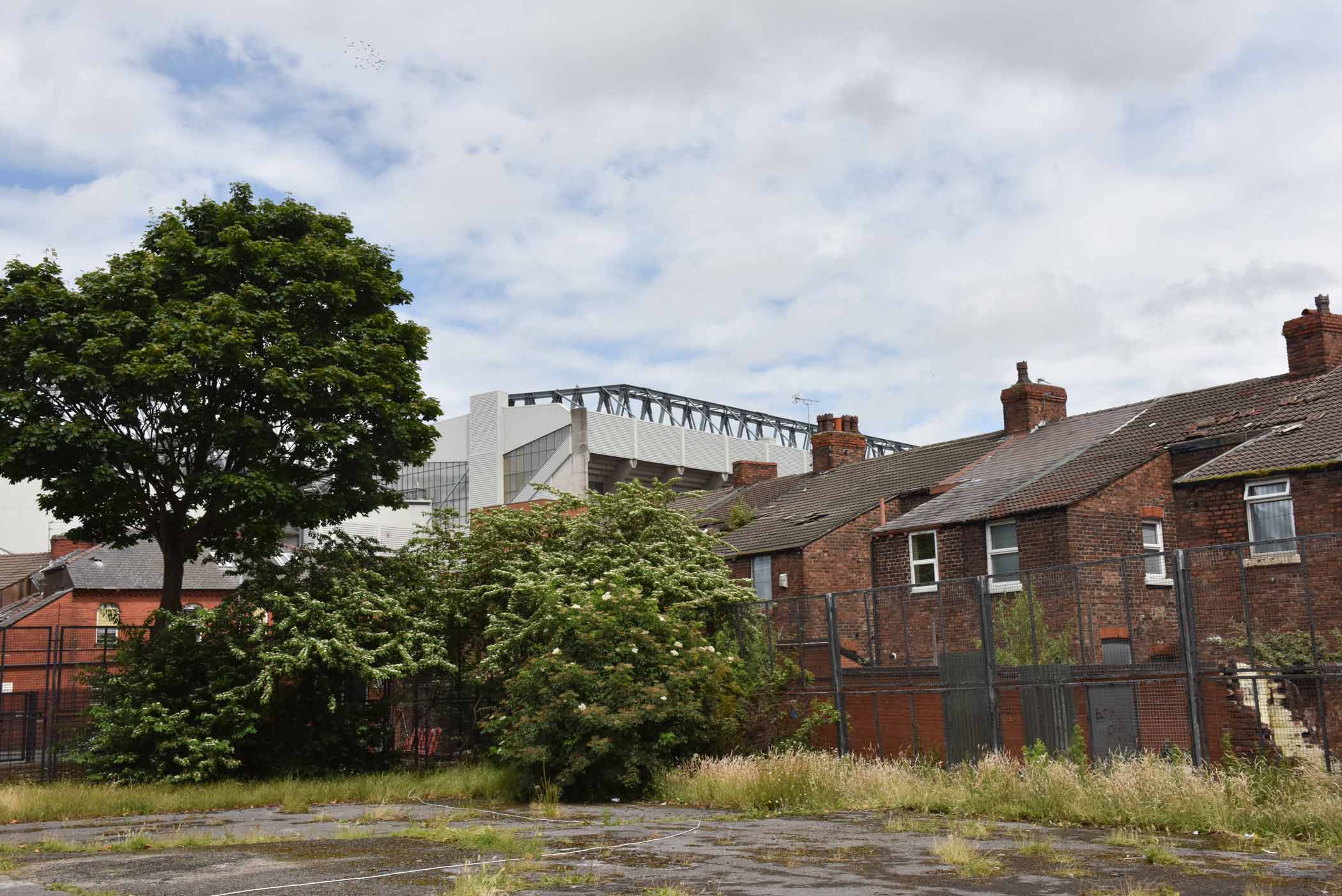 Designer/builder Nicolas Henninger was invited to help us create a space for people to congregate in and around; something that would be beautiful and surprising, that we could build together publicly - and which, of course, would protect us from the weather. 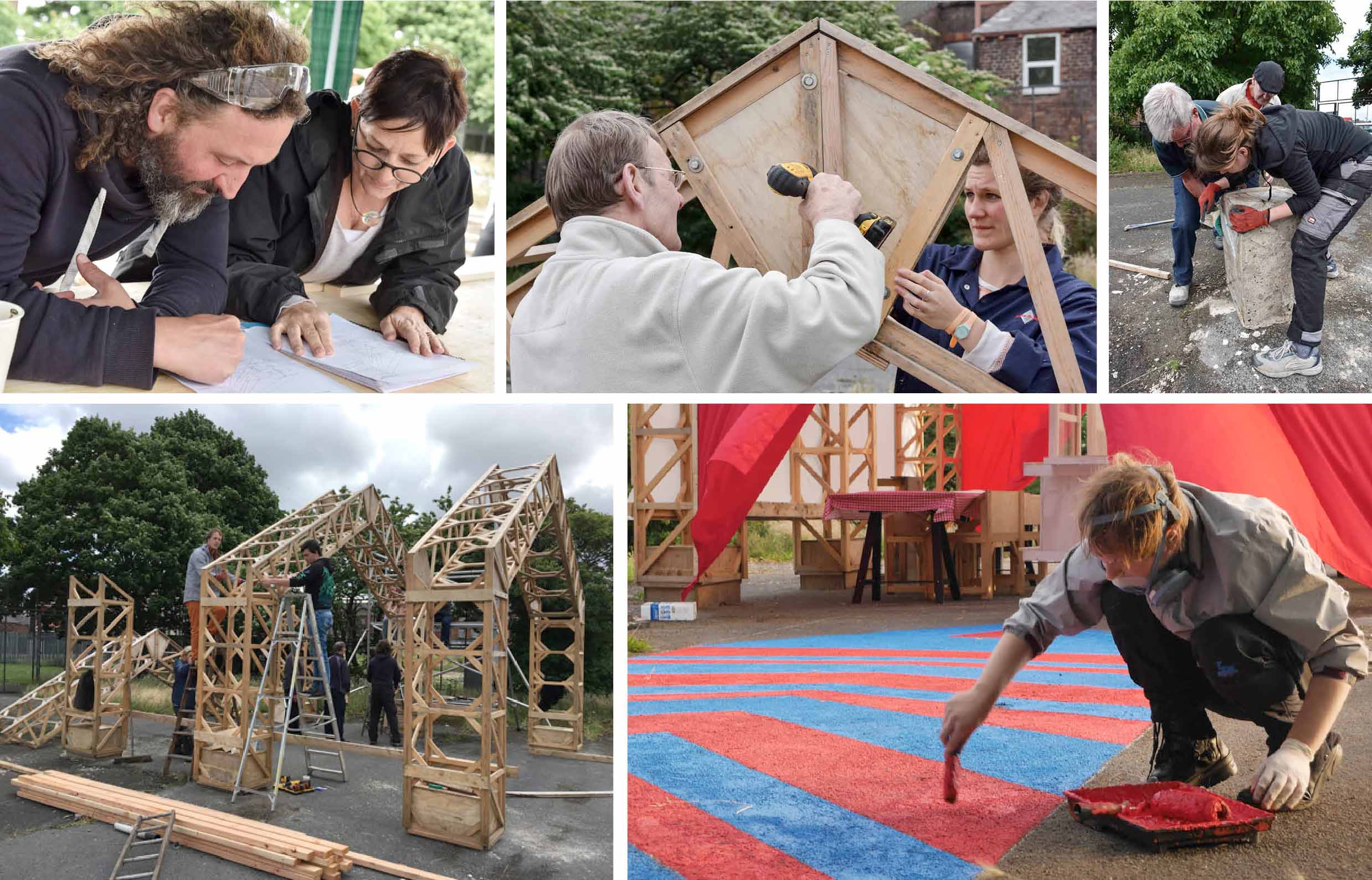 Building publicly and together with whoever would like to join is an important part of the process, as this is where we get to know new neighbours and other folk: sometimes people offer physical work and sometimes they give a story, a joke or simply good company. In the process, our structure became known publicly as 'The Thing on the Rec' - even featuring red curtains and a chandelier as a centrepiece!

In a series of events, we prototyped different uses for the land and started local conversations around the past and future of that particular bit of common land: with 'The Thing' in the centre of all affairs, we staged local markets, crazy golf, high teas and swing dancing, a ceilidh, northern soul dance classes, DJ sets, cinema nights, barbecues and play days. 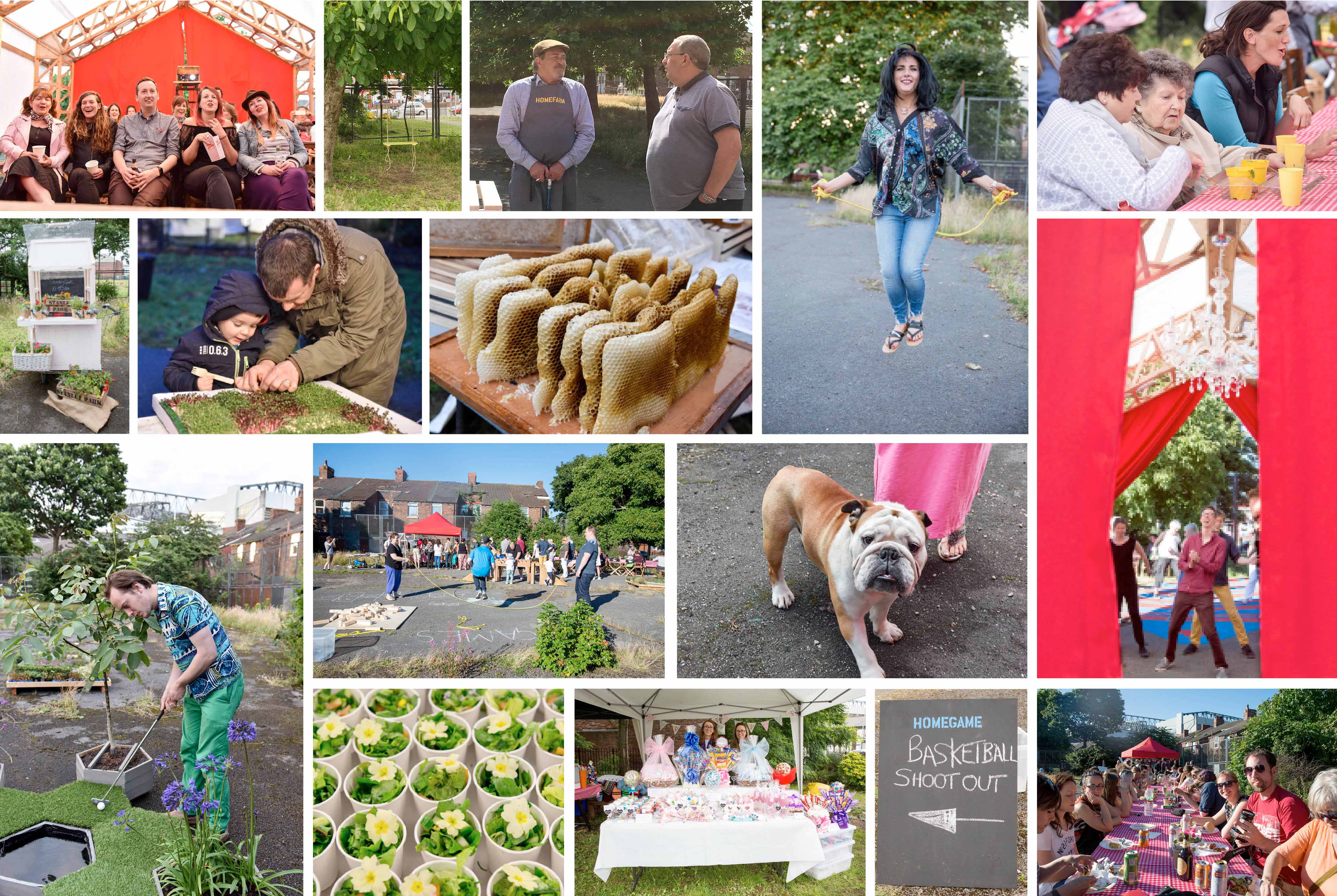 The project also seeded several initiatives: Sam Jones developed the micro commission into the community business start-up Homegrown Collective (link). Homebaked CLT is working with the local residence group 'Four Oaks' and Liverpool City Council on the development of the Rec into a playful, beautiful and educational leisure and green space. The process also led to the 'meanwhile-use' project Homesquare. 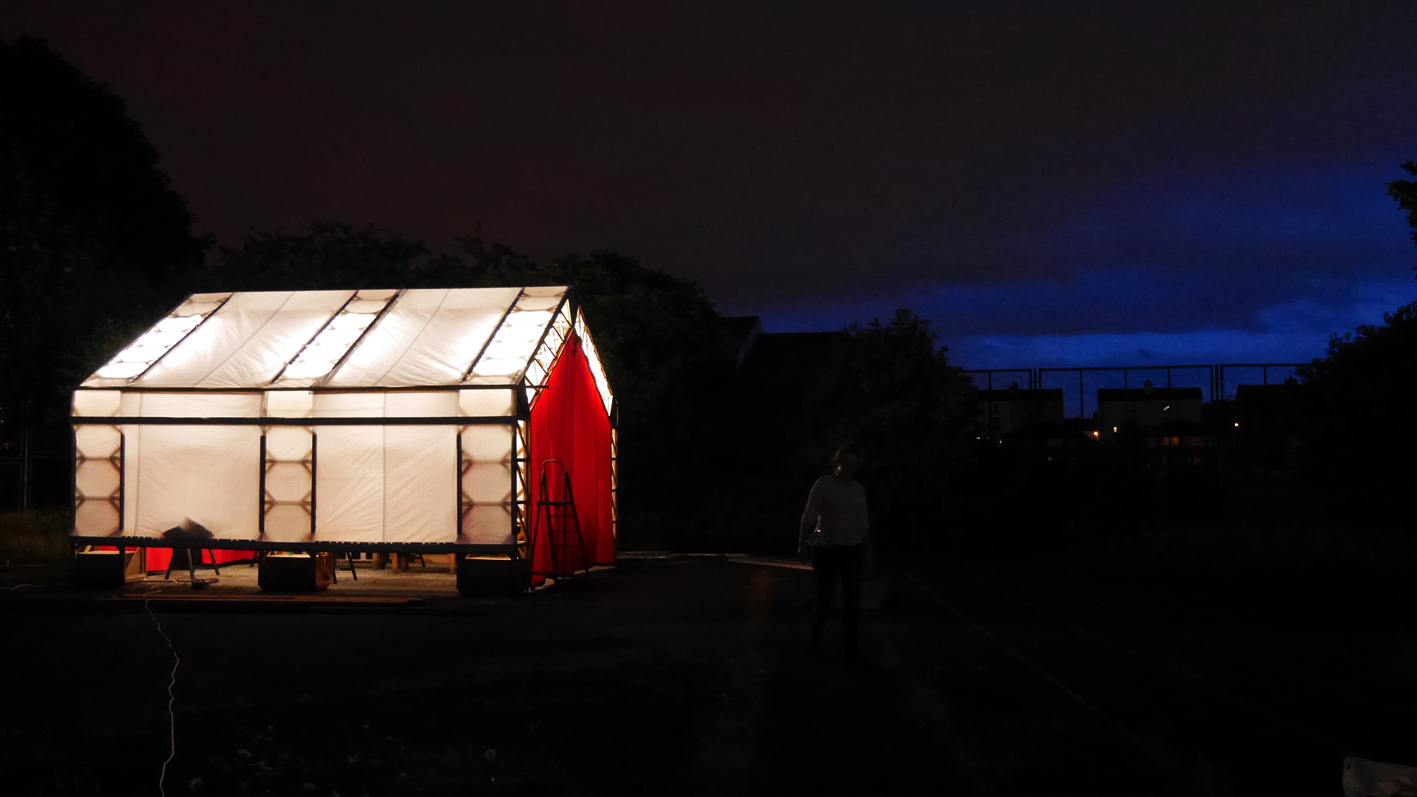 The Art of Homebaked

Flat above the bakery